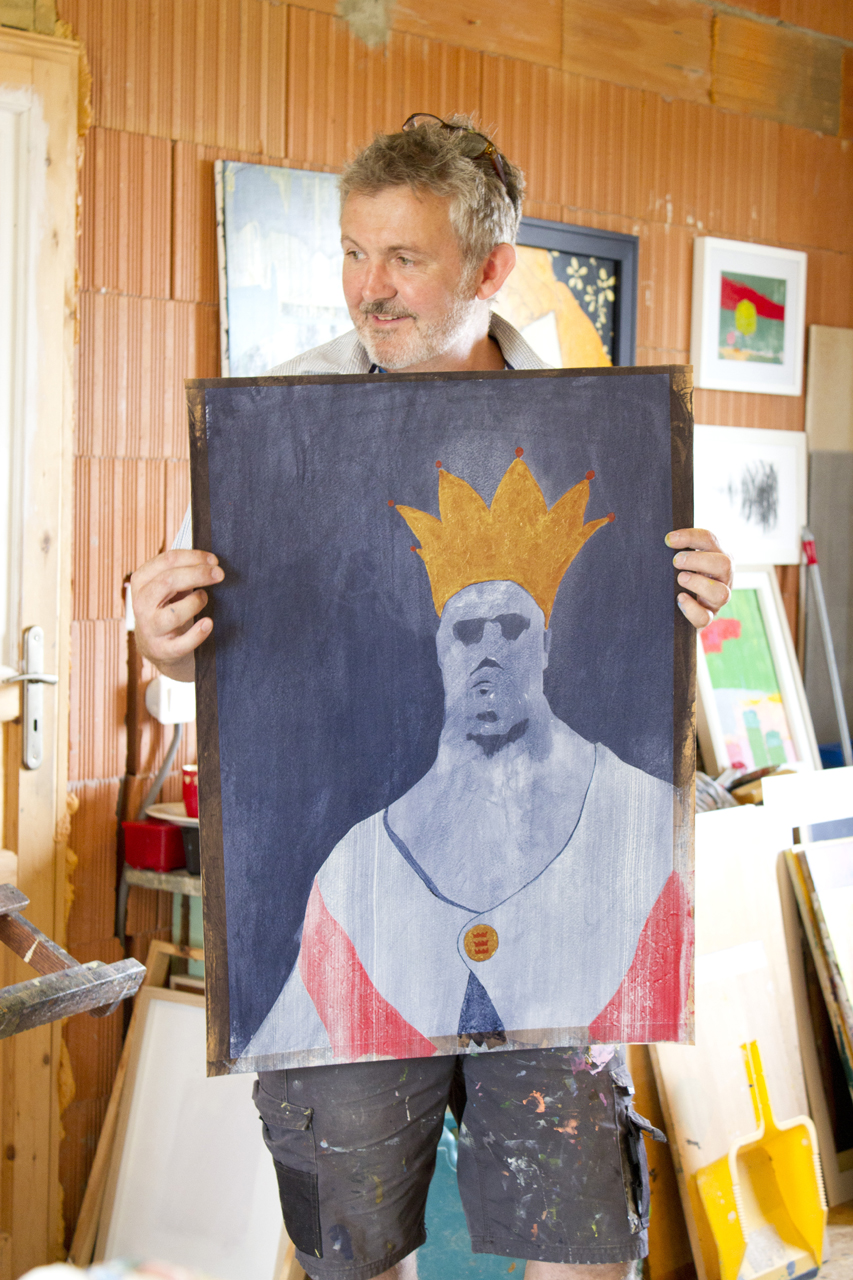 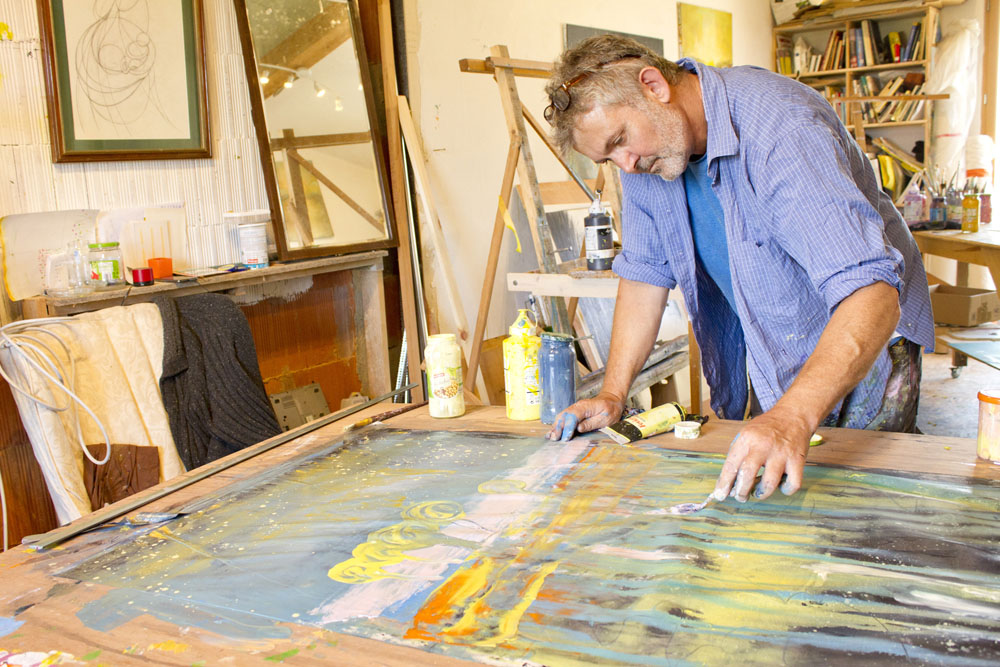 Matthew Rees was born in Stourbridge, where he later did his foundation course. He is the son of two teachers, his father being a lecturer on the degree course in art. On his mothers side his great uncle was the Welsh painter Harry Hughes Williams.

Matthew studied art at Bristol in the 80's, paying his way by doing building work. He continued doing the building giving him a sense of financial security with responsibilities of a young family.

After several years of being a partner in Lloyd Rees Construction, Matthew says he felt it was time for an adventure – his wife says a mid-life crisis – and they moved to France with their three sons.

In France they built a house with a panoramic view of the Pyrenees in Hounoux in the Aude, over a period of 2 years. Having moved in Matthew set up a building business. Almost a year later, on 10th August 2014, whilst working on a roof, his previous life came to an abrupt end when Matthew suffered a brain stem Cavernoma Haemorrhage.

Fortunately, he survived but his whole right side and sight was affected. He started doing self portraits, holding his right hand with his left to monitor his progress. Two years on he is now painting full time, with his left hand.” A stroke of luck.”

His paintings are based on the landscape he lives in and his figurative,on his family. His paintings are quite textured due to the multiple layers built up, giving them a depth of colour and mark. This helps illustrate the story of the process itself. 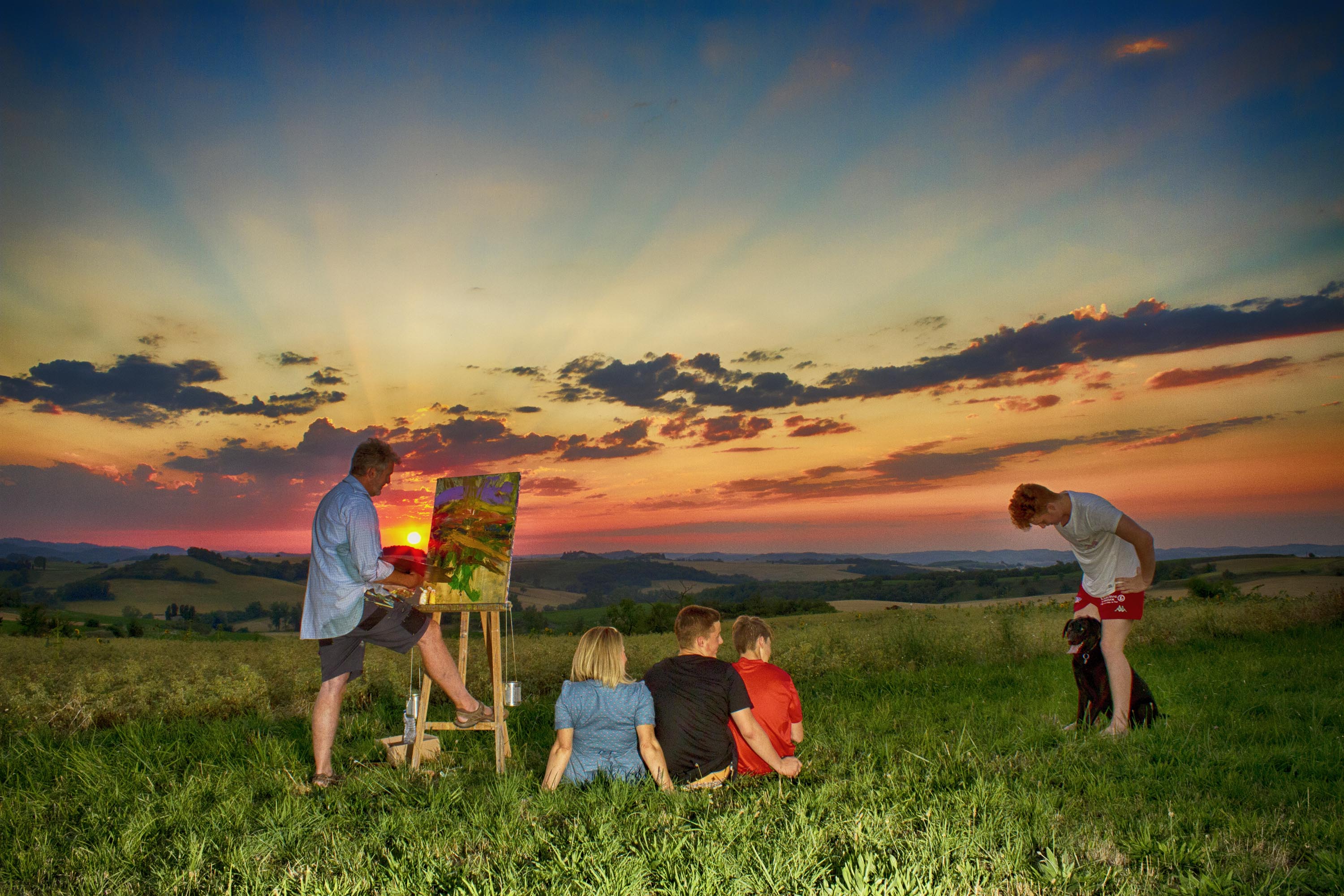